In recent years, evangelicalism has experienced what appears to be a dramatic uptick in the number of (what should be) ministry-ending scandals among famous Christian pastors, leaders and celebrities of different sorts. After a while, one can grow incredibly weary of working up fresh outrage over each new fall – not only because the falls seem to be occurring more frequently, but also because the church at large seems to go through a remarkably similar and depressing chain of events each time a scandal hits.

So with that in mind, I decided it might be instructive to compile the common chain of events you can expect to occur – give or take a detail — when the next Big Christian Name scandal breaks. Please note this list is written with no one person or scandal in mind. It is just meant to be a general composite of and commentary on what I’ve observed over many years of watching these kinds of scandals unfold. As we embrace true repentance and grace, may we also make sure we never minimize serious sin among our Christian leaders and heroes. If we do, we only exacerbate the problem – and minimize or even discount the Word of God. “Let not many of you become teachers, my brethren, knowing that as such we will incur a stricter judgment.” (James 3:1)

With that in mind … the anatomy:

3. Big Christian Name steps down (or “away”) from ministry and goes silent, either for a year or roughly an hour.

6. Big-Name Christian Counselor and/or Rehab Specialist and/or Famous Pastor parachutes in to “advise and do spiritual triage.”

8. Alternate ending: Big Christian Name adamantly digs in, refuses to apologize and therefore “let Satan bring down this important ministry,” but continues to be outed for his Big Sins. Eventually is forced into issuing public statement, apologizing, quoting Scripture and asking for prayer.

10. Big Christian Name’s Big Friends ignore scandal, ensuring all posts and tweets during the height of the bad publicity stick to either religious liberty or abortion.

11. After about a month, Big Christian Name’s Big Friends stick toe in water and write oblique articles, quoting Bible verses and Famous Theologians of the Past, talking about the need for immediate “grace and restoration” for Big Sinners who shall remain Nameless (at least in their articles).

12. Alert critics note what Big Christian Name’s Big Friends are doing and call them out on it.

13. Big Christian Name’s Big Friends engage in limited social-media campaign against critics, with the rallying cry: “It is neither biblically wise nor biblically necessary to comment on every scandal out there!”

15. Exhausted and exasperated critics object to red-herring, unbiblical and illogical analysis of scandal, plead for biblical view of repentance and call for a renewed fidelity to the Bible on ministry qualifications for “blamelessness” and “a good reputation with outsiders,” per I Timothy 3 and Titus 1.

17. Ever so softly and gently, Big Christian Name puts out a well-timed, heartfelt tweet.

18. Big Friends and Rabid Fans sob, offer new round of thanks to God.

19. Big-Name Christian Counselor and/or Rehab Specialist and/or Famous Pastor declare Big Christian Name “fit for ministry,” “healed of his addictions” and/or “justified in his divorce.”

20. Big Christian Name excitedly sets up his own, new 501(c)3 ministry and/or announces his new job within ministry. 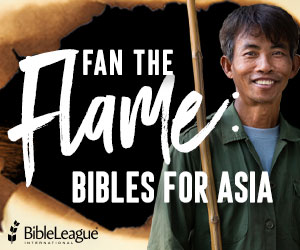