Through a combination of carefully crafted propaganda, bad reporting and sneaky legislative maneuvers, the “right to die” may soon be coming to the Golden State. During “National Suicide Prevention Month,” no less.

The state Senate on Friday passed the End of Life Option Act, which would grant terminally ill individuals with six months left to live the “right” to kill themselves with doctor-prescribed drugs. The bill now heads to Gov. Jerry Brown’s desk and, if passed, would make California the fifth state, alongside Washington State, Oregon, Vermont and Montana, to allow so-called “death with dignity.”

Disconcertingly, as the mainstream media hails this latest form of so-called “progress,” its reporting largely has left aside much of the critical information that Californians — and, by extension, residents of the 45 states without legalized assisted suicide — really need to know about this creepy, hopeless and vastly immoral movement.

The California bill was modeled after similar laws in Washington and Oregon, and as Margaret Dore, president of Choice is an Illusion, has noted, it is “sold as giving people choice and control at the end of life. Yet the bill’s language is stacked against the patient.”

She continued: “The bill applies to people with a ‘terminal disease,’ which is defined as having less than six months to live. Most people think this means ‘dying.’ However, in Oregon, which uses a nearly identical definition of terminal disease, an 18-year-old with insulin-dependent diabetes is ‘eligible’ for assisted suicide.”

Diane Coleman, a severely disabled woman who heads up the national disability group Not Dead Yet, pointed out further problems with the California bill, also referencing Oregon in a letter she wrote to California Assembly members.

“The law gives the authority to doctors to determine who is eligible,” Coleman wrote. “Doctors make the determination that a person is terminally ill and likely to die in six months, and that the request for assisted suicide is voluntary and informed. The advertised ‘safeguards’ in assisted suicide bills are entirely in the hands of doctors … (but) who are the doctors who are giving lethal prescriptions? The public image is that one’s own doctor, someone who knows you and has taken care of you throughout your illness, will be the one who assists your suicide. But in Oregon, the majority of assisted suicides involve a doctor referred by Compassion & Choices.”

Compassion & Choices, of course, was formerly The Hemlock Society — the organization that describes itself as “the leading nonprofit organization committed to helping everyone have the best death possible.” (Creepy, huh?) It’s the same organization committed to promoting the “right to die” in every state. And the same one that famously exploited terminal cancer patient Brittany Maynard’s tragic story in 2014 in order to advance its ghoulish cause via a massive, propagandized “death with dignity” media blitz.

As attorney Rita Marker, executive director of the Patients Rights Council, wrote at the American Thinker website in October 2014: “The organization established the Brittany Maynard Fund to raise money for political campaigns to legalize doctor-prescribed suicide in targeted states across the country. And, to strengthen the resolve of the young woman for whom the campaign is named, Compassion & Choices posted “Britanny’s Card” on its website. ‘Let’s get 1 million people to sign Britanny’s card,’ states the message, adding, ‘Sign the card and let Brittany know you support her bravery in this very tough time.’ But sending a message comes with a catch. In a startling note of hucksterism, the site states that ‘By signing Brittany’s Card, you agree to receive periodic communication from Compassion & Choices.'”

Did you follow that? Compassion & Choices effectively encouraged people to help put additional pressure on Brittany to take the medication that ended her life under Oregon’s “Death with Dignity Act,” which she did in November 2014. But it also could leverage those who were moved by Brittany’s heartbreaking story to become potential political advocates for assisted suicide.

No wonder, then, that Compassion & Choices continued to use Brittany Maynard’s tragic story to push for the California bill. After all, she was a beautiful, 29-year-old cancer patient who “peacefully” took her own life, surrounded by her friends and family, as music played serenely in the background, and she had to relocate from California to Oregon in order to do so legally. And so the propaganda became: Who would dare deny such a purported “lovely and compassionate” death to others like her across the country?

Coleman, however, raises a key point about those “like Brittany Maynard.” As she told the California Assembly, “Most people who have been reported to use assisted suicide in Oregon do not resemble Ms. Maynard. Most are age 65-84, in a society where one in 10 elders are abused, according to federal figures. The abusers are usually family members. About half the people reported to use assisted suicide in Oregon did not have a health provider present at the time of death.”

Consider, too, how the Assembly was able to approve the legislation. Lori Arnold of the California Family Council pointed out that this bill was passed in an Extraordinary Session on healthcare financing, and “the Public Health and Developmental Services Committee was comprised specifically for the Extraordinary Session,” replacing “the original Assembly Health Committee that thwarted Senate Bill 128 earlier this summer.” Why the sleight-of-hand? According to Arnold, it was because numerous Democrats on the first committee said they would not support the “Death with Dignity” bill.

In the end, I join the pro-life forces in urging Gov. Jerry Brown to veto this bill. Further, the assisted-suicide cavalcade must be called out for preying upon the ignorant sympathies of an American public in order to advance its shuddersome goals. It was only right that Americans mourned the plight of Brittany Maynard, but the answer in her case was not to cheer her on to an early death through pill-popping. As pro-life advocates have long said, hospice care and proper palliative care can go a long way toward making every life count — all the way to its God-ordained end. 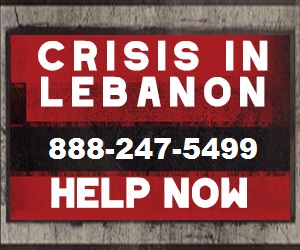